‘Mrs. Mehta!’ the buxom lady in the gaudy, hot pink chiffon sari lumbered over and engulfed Chiroo’s mother into a death-embrace. Chiroo was sure the bear hug must have given his mother a hernia. He could swear he heard a crunch where his Mother’s emaciated bones creaked with the enormous strain they were being subjected to.

‘Aaaaaaah, Mrs. Solanki. How have you been?’ His mother’s eyes had watered; their kohl-lined rims were definitely looking smudgy around the corners.

Chiroo hated Mrs. Solanki. Why? Where should we begin?

Oh, and then there was this –

Mrs. Solanki’s pudgy fingers were making their way towards Chiroo’s pimple-prone cheeks. She always pinched, since kindergarten, and with such force that it always left a mark. And as if that wasn’t enough, she would then launch into a cacophony of weird sounds that only trolls could make – grunts, high pitched squeals and laughter that sounded like a hyena’s bark! Then she would complain about how Chiroo never participated in school dramas like her son did. How he never paid attention in science class (her subject), how he was always drawing pictures on every surface he could find, pictures that according to her strait-laced, unimaginative brain were borderline psychotic.

I can’t handle this anymore. I’m 13 for crying out loud! He almost had a mild panic attack at the sight of those sausage fingers creeping his way.

Chiroo released his salvo, ‘Solanki Aunty, before you stain your beautiful hands that smell of a heavenly bower of blossoms, I must tell you something…’

He went on, ‘I have Pincheliosclerosis. It’s an infection of the skin. It’s invisible but it’s a type of fungus. Anyone who touches my skin gets the infection. Their skins become red, itchy and it feels like something is crawling up the skin.’ His curled fingers only enhanced the import of the word ‘crawl’.

Mrs. Solanki’s froggy eyes were popping out of her skull in confusion, and Chiroo’s mother was biting down hard on that laugh itching to find escape.

‘Why, I must say, I never ever heard of such a disease. Pincha.. Whatever that is’ Mrs. Solanki bumbled.

‘I know,’ he nodded his head sympathetically and nudged his mother to play along, although she looked unable to do much. All her energies were employed towards suppressing a giggle. ‘There are only a few cases in the world. It’s quite contagious though, I assure you. I wouldn’t want your pretty, dimpled hands to suffer this fate’, he pulled up the sleeve of his shirt to reveal a scab that was only half healed. Just yesterday the scab was ruptured accidentally when he was playing. It had a mottled, pus-sy look. Perrrrrfect!

Mrs. Solanki looked like she was having a tube light moment. She looked at her hands that had just hugged Chiroo’s mother. Then she looked at mother and son. Then she smiled like she didn’t mean it. Then she ran.

Many eyes followed her frantic run to the washroom, scratching hard at the imaginary infection crawling up her hands.

His mother finally gave way to her laughter and after she was through, she commented ‘Well I knew that killer sense of humour was worth something. But what are we going to do when she finds out the truth?’

Chiroo smiled, ‘Oh Mom! Don’t you get it? Who falls for that? Don’t worry, this cat is never coming out of the bag.’

In response to the Daily Prompt Word – Mild.

22 thoughts on “Pincheliosclerosis – A Story” 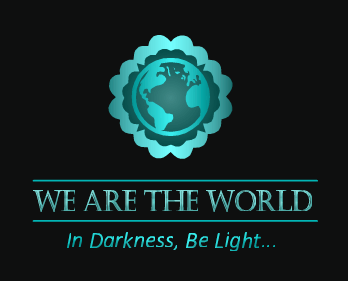